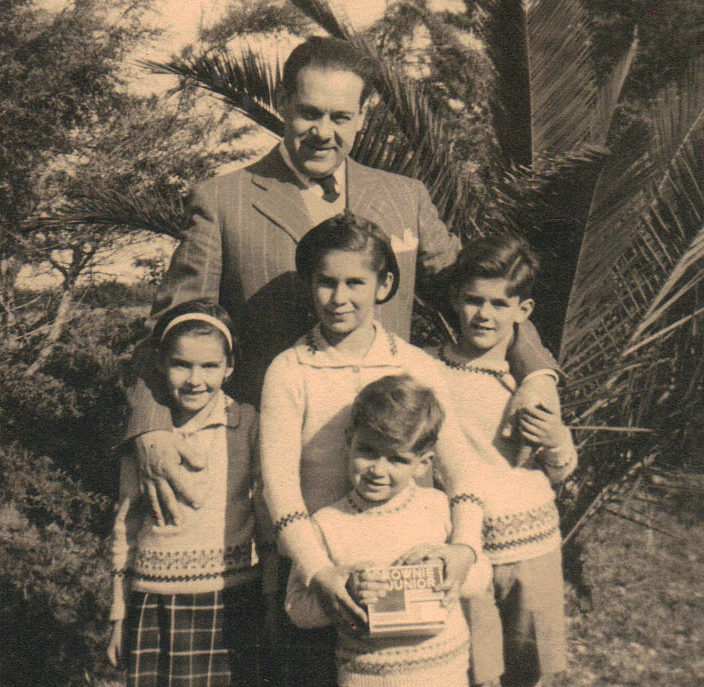 It was 06:00am in the morning of what appeared to be a day of beautiful weather in mid-May that I heard the voice of my Mother yelling. I sprung out of bed and rushed to help. I pleaded with my Father not to take his life. I have ever since remembered the sting of the way he silently looked at me with an expression which seemed to say: “Leave me alone! Don’t you see that this is difficult enough?” before he passed.

Shortly after, I was informed that I had to go to the local Police Department to make a deposition. I was interrogated by an inspector who stunned me when he rounded up my deposition by saying: “Thank you for your deposition. Your account of the facts about your Father’s death is consistent with the one we have been given by another witness. We are satisfied that you did not cause your Father’s death!”

My Father was 67 years old and had lived through two World Wars, emigrating with his family to the United States in April 1941 after he had been discharged from the French Army following the collapse of France under the Nazi onslaught in June 1940. For several weeks before he took his own life, I had observed that my Father had become severely depressed following a business setback due, I was later told, to the betrayal and to the theft of one of his business associates which apparently had crippled the business. To this day, I remain struck by the fact that my Father was scheduled to be hospitalized the very evening of the day he took his life and that he knew it. This happened sixty years ago on May 16, 1959. I was twenty-two years old.

For many years, I managed unintentionally to bury the memories of those events until, without warning, when I was 48 years old, they came to haunt me again at a time when I was unemployed facing the daily imperative to continue to house, feed and raise with my beloved wife a family of three children going through school.

For the following ten years, until I settled into the routine of a new “job”, I went through a severe depression. I received counseling and medication which did not help that much. I started to emerge from depression when, as I was going half-paralyzed through a bad day the brain filled with depressing thoughts, I managed to say to myself: “This is only a bad day. Tomorrow may be better!”

Ever since and to this very day, while I may continue to experience from time to time some depressive moods, I have thankfully been spared further depressions. It is comforting to welcome this opportunity to share a few lessons I have learned from all this past:

1) Importance of identifying “people of influence”
One of the most striking observations for me was to witness the influence my Mother had on my Father up to and including his final moments. It demonstrates for me the importance of identifying the “people of influence” over those at risk of suicide. They should be the first in the line of defense and prevention to be called upon to watch over those who respect them and care for them in order to take the lead in the search for help, support and assistance. Strangely, it seems that this feature has been transmitted to the next generation because I feel that my Beloved wife also has a strong influence over me.

2) Learning how to listen
It is after my father’s death that I followed a long period of silence which, in turn, developed my listening skills. I eventually ended up observing that I had been so busy being heard and understood while desperately seeking to charm and amuse, that I had failed to hear and to understand. These teachings are remarkably illustrated in the “Prayer of Saint Francis of Assisi” when he writes:

“O Master grant that I may never seek
So much to be consoled as to console,
To be understood as to understand,
To be loved as to love with all my soul.”

3) Importance of educating supervisors
A strong public critique, a brutal dismissal from a debate, a discussion, a responsibility, or a job, can have devastating effects on many personalities. There is a need to develop the awareness of those with responsibilities of supervising and managing the activities of others to the potentially deadly effects of their words and actions as they criticize, mock or dismiss their sub- ordinates. The loss of a job by firing may not only be humiliating and lead to a loss of self-respect, but can also have far-reaching effects on the livelihood of the fired person, the confidence, the respect and the trust of that person’s dependents. Individuals placed in supervising capacities should be selected and appointed according to their capability to communicate effectively with respect, dignity, care and consideration even in addressing the most unpleasant decisions that have to be made.

4) Humility
In a culture which promotes so high value to status and appearance, it can be helpful and advisable to be reminded of the virtues of humility and dignity.

Jean-Loup Archawski, a retired French executive living in the Philadelphia area for the past 39 years, was exposed as a teenager to the debilitating effects of mental illness on his older sister, witnessed his father’s suicide at age 22, experienced his own depression at age 48, and journeyed with his daughter through her suicidal crisis and struggles with mental illness. In May 2014, Jean-Loup was asked to serve on the “Suicide Prevention Task Force” of the City of Philadelphia’s Department of Behavioral Health and Intellectual disability services to which he belongs to this day. In July 2017, Jean-Loup was invited to join the Board of Prevent Suicide PA.